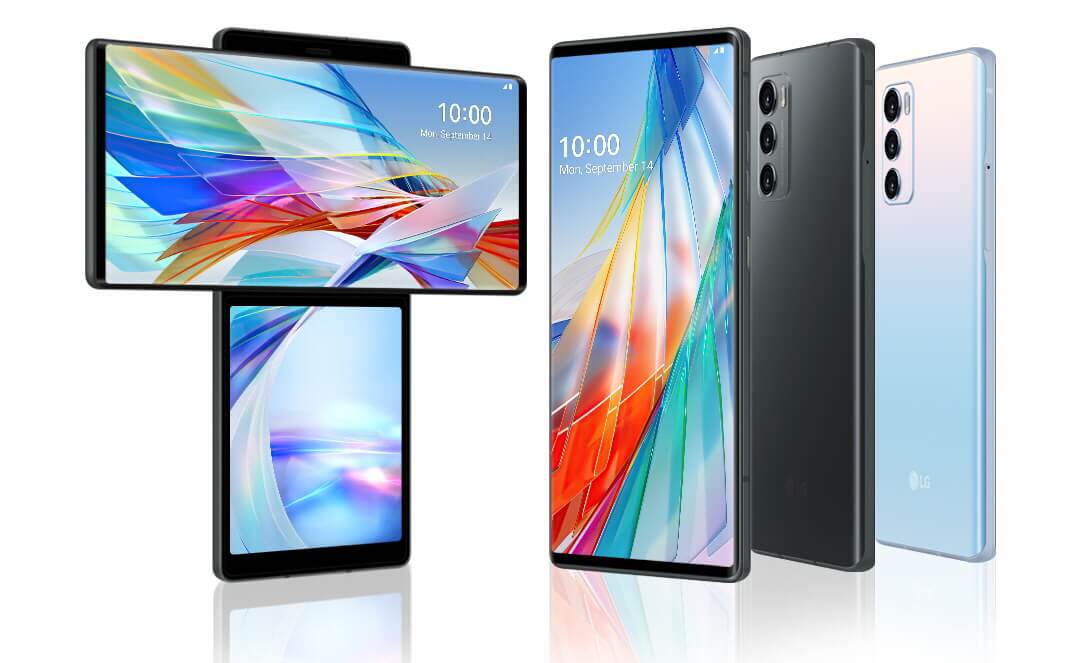 LG has revealed its new Wing smartphone – a swivelling dual-screen device with two screens that can be used in a number of configurations.

In its Basic Mode, the smartphone functions normally, with a single display on the front, a front-facing pop-up camera, and a rear-facing camera on the back.

In Swivel Mode, however, the entire front display can be turned 90 degrees, exposing a second 3.9-inch below it.

A single application can be expanded to both screens when in Swivel Mode or two applications can be displayed simultaneously – one on each display.

“Users can watch their favorite movies in all their widescreen glory while searching for information about their favourite actors or discussing the movie via chat with friends.”

The company has partnered with a number of platforms to integrate support for the dual-screen setup, including YouTube, Rave, and Ficto.

“Swivel Mode can also prove handy when driving, allowing users to follow map directions on the Main Screen reserving the Second Screen for calls, which on other phones would cover the map,” LG said.

The LG Wing packs some impressive hardware, with its main screen comprising a 6.8-inch P-OLED display.

The second screen can also act as a grip, with the Grip Lock feature allowing it to ignore accidental touches.

The LG Wing boasts three rear cameras – a 64MP Ultra High Resolution OIS Wide lens, a 12MP Ultra Wide Big Pixel lens, and a 13MP Wide lens – all of which are designed to work with the smartphone’s unique gimbal technology.

“The Gimbal Motion Camera, the world’s first in a smartphone, turns the LG WING’s Second Screen into a convenient grip, providing the stability needed to capture clearer shots and smooth video footage in horizontal mode with one hand, normally difficult to accomplish with conventional bar-type smartphones,” LG said.

“LG Wing offers functions typically found only on a real gimbal, just as a joystick for controlling the camera angle, a lock to reduce shakes and blurring, a follow mode for smoother videos when moving, pan follow for horizontal movement with minimal up and down shake, and first-person view mode for capturing rhythmic and dynamic movements.”

LG Wing will initially launch in South Korea starting next month to be followed by key markets in North America and Europe.

Specifications and images of the new LG Wing smartphone are shown below.